The Hole in the Wall

We were ripping out windows, and one led to a particularly troubling discovery of rot. We knew something like that might be coming, since there were vines living in the wall (!) 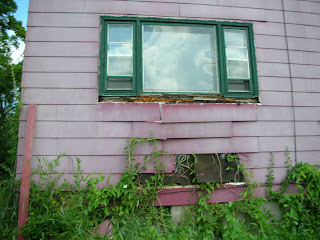 But we were not expecting so much rot. So much rot, in fact, that there was a snake living in the wall -- Big Man found four different molts of skin under there. 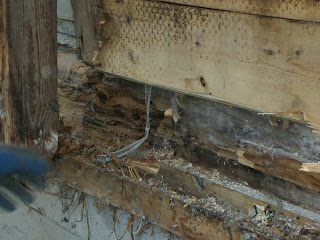 We worked until 10 pm rebuilding the wall with cement and new wood. 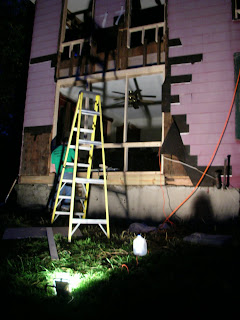 We also decided to restore the original style...two windows symmetrical with the upstairs, instead of the picture window that had been added later. An interesting observation is that all the structural problems with the house seem to stem from these later additions and changes. 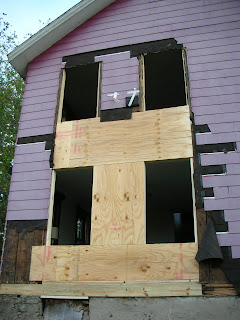 The whereabouts of the snake are currently unknown.