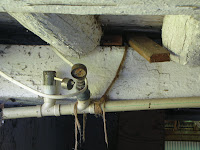 A new-to-us neighborhood issue. We share the road with 1,500 cows who live in a barn. A waste "lagoon" swelters nearby.

Factory dairy operations out west are also an issue for immigrant workers (as are many mass food production jobs), profiled here (this article also gives a useful general overview of factory dairy practices. I was especially floored to learn that a mere 40 years ago American dairies had an average of 19 cows. Two years ago the average was 550.)

The Nation has a whole issue on food and democracy. Predictably, I am especially enamored of Michael Pollan's contribution (I had forgotten about Jimmy Carter's solar panels on the White House!! As it turns out, there is going to be a documentary about these very solar panels' travels and tribulations since Carter installed them). Pollan quotes Wendell Berry, a writer, philosopher, and essayist who has been promoting sustainable agriculture for decades:

"To be interested in food but not in food production is clearly absurd. Urban conservationists may feel entitled to be unconcerned about food production because they are not farmers. But they can't be let off so easily, for they are all farming by proxy. They can eat only if land is farmed on their behalf by somebody somewhere in some fashion. If conservationists will attempt to resume responsibility for their need to eat, they will be led back fairly directly to all their previous concerns for the welfare of nature." 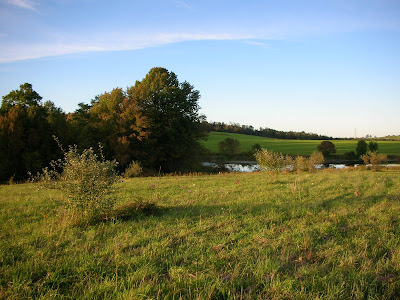