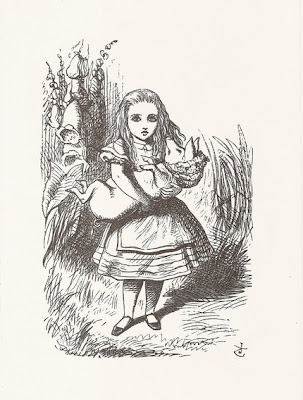 From the ages of maybe 10 to 17, I carried Alice's Adventures in Wonderland in my suitcase on every trip I went on. It was a kind of literary teddy bear -- even if I never opened it, I got a strange comfort from knowing that the Duchess, the Cheshire Cat and the Mock Turtle were nearby, along with the non-sequiturs, poems, and the general reign of nonsense that the book celebrated.

So, when the White Rabbit showed up, I immediately knew he was trying to tell me something. 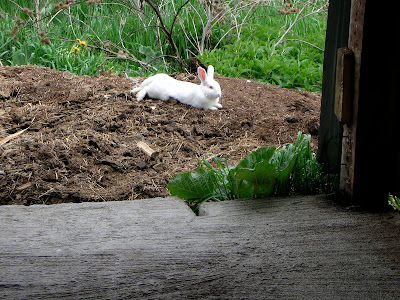 One would think that he would act more, you know, late, and I was assuming his pocket watch would be more obvious. And, apparently, he had abandoned his waist-coat. A smart move, since he likes to sit on manure piles.

I've attempted to follow him a couple times since he showed up (uncoincidentally, shortly after Easter), but I think that the Big Man's attempts to kill him with a hammer and make him into soup the first time he hopped into the barn have made him somewhat skittish and protective of his rabbit hole.

Nonetheless, I've seen him every day for the last month or so, a pink-eyed, brilliantly white non-sequitur who has somehow contrived to evade local birds of prey, dogs and coyotes all the while managing to be the only very white thing for miles, who seems to take great pleasure in sitting for hours in the open. 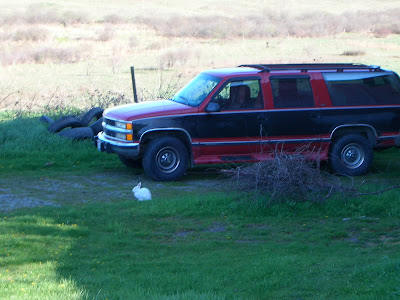