We have been busy. The Big Man has been almost exclusively dedicating his time and brain matter to the Puzzle of the Tractor's Hydraulic System...a puzzle that I get briefed on daily but, to be embarassingly honest, do not completely understand. There's valves, and leaks, and, you know, other such mysterious confusions. Hopefully there will soon be a triumphant post straight from the source, because it is pretty interesting. Even if you don't understand it entirely, and especially if you watched MacGyver.

I've been spending LOTS of time in the garden, and in post-garden processing. Turns out that once things are actually growing and making you food, you have to figure out what to do with them.We are absolutely buried in greens...which are somehow hanging on and not bolting, despite the 95 degrees of the last few days. I need to figure out something more than "salad" to do with them, because I am getting tired of salad. Sauteed salad? 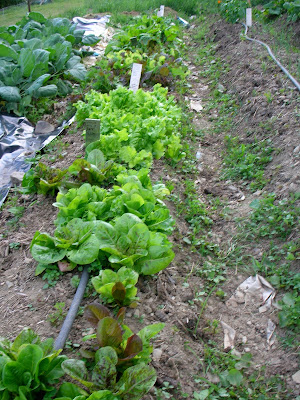 The cucumbers are just starting, but with quite a wallop; every time I go out to poke at something I find 7 pickling cucumbers I hadn't noticed that need picked. 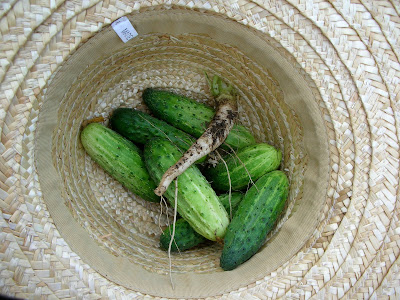 So I've been eating many cucumbers, some of which I turn into lightly pickled experiments and foist upon unsuspecting visitors.

We've also been moving along on a number of other "now we make this ourselves" fronts. We have a lot of beer floating around, in various stages of done.

We have a wheat beer and a not-hoppy-enough IPA in the fridge and in our tummies: 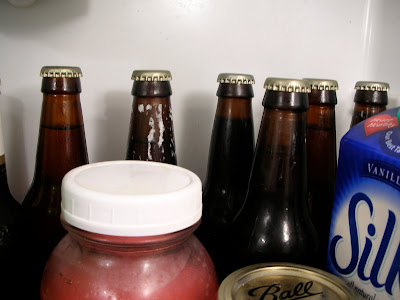 We have a dunkelweisen hanging out in bottles in a dark picture-proof corner, carbonating itself. It should be ready to test this weekend.

And we have a belgian tripel and a super hoppy brew (and some wine in the white bucket, too): 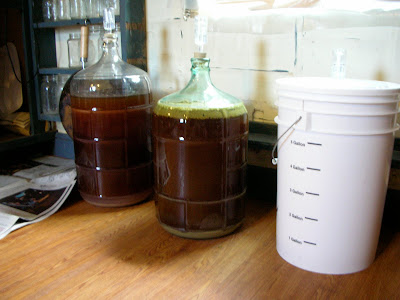 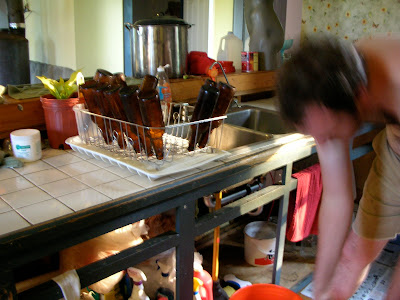 Tonight we started a new batch of beer, a pale ale. Making beer is like making tea, and also like making bread. 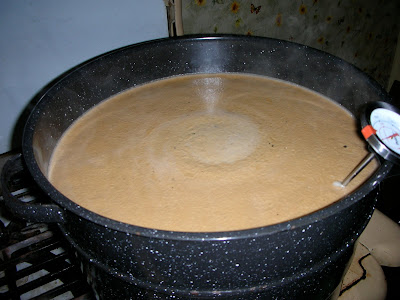 Steeping grains, steeping hops, boiling for a long time. And then moving it into a carboy, adding some yeast, and waiting for the yeast to do its magical yeast things. 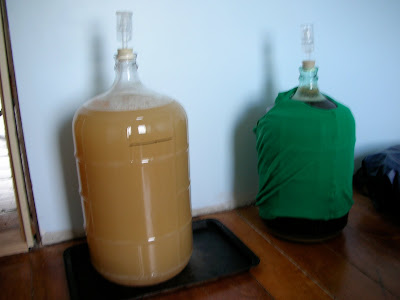 The beer is worth waiting for. So are the tiniest, cutest watermelons. 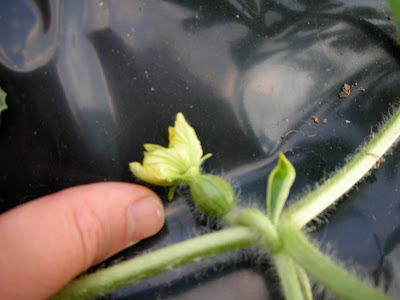