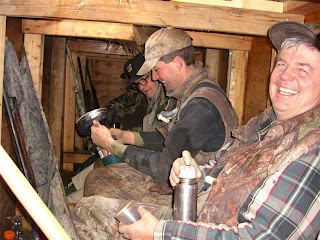 Sportsmen?
We have a lake right behind our house, Nanticoke lake, and it's part of a MUA. what is a MUA you ask? I hadn't heard of them before we moved here, but it is a Multiple Use Area. Basically a state maintained area that is primarily for sportmanship (hunting fishing, etc.) but you can also swim or picnic there if you like. Pretty cool, and it's nice that the state is supportive of the predominant pastime in our area.

Well, Nanticoke lake is not natural, it is a dammed lake. It's got some Bass in it but the big draw for the local sportsmen is that the government stocks it with trout. Trout can't live in there year round (it gets too warm in the summer) so it's basically shooting fish in a barrel. Since the trout grew up in a tank about 100 miles from here, and the Gov't didn't give them a map, they have little idea where to hide in Nanticoke lake.

Now, I was familiar with this practice before moving here, it is commonplace across the country in fact, but I had never seen it actually go down, until today.

The Gov't drives their truck'o'fish down to the park, then off loads the fish into trashcans full of water on the back of an ATV. Then they drive down the access road with the fish and dump them into the lake. Pretty much how you'd expect it to go down, except I haven't mentioned the 14 "sportsmen" who are standing there, waiting for the fish to hit the lake, so that they can then catch them with their rods and reels. It was an amazing sight, especially because all these guys are in camo, presumably so the Gov't won't notice them.

I'm all for hunting and fishing, but this is just silly. It is exacerbated by the fact that I can't go to the same lake during Canada Geese season and shoot any of the birds that wallow about on the shores of the lake, because it's unsportsmanlike (apparently they have to be in the air?) These are the same geese that land in a park in NYC and are offed by the same Gov't by the tens of thousands. 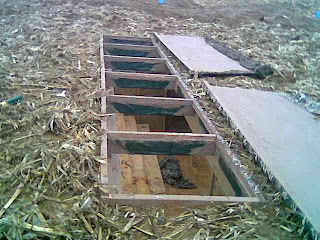 Fort
If I can sneak up on an animal that can fly, and get close enough to shoot it dead, I have to believe I'm more of a sportsman than the guy in the fort. Apparently not.