I thought it might be useful (harrowing?) to check in with our 2011 To Do List over the next few posts.  First up: the downstairs remodel. 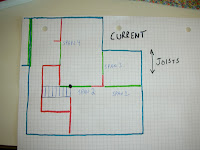 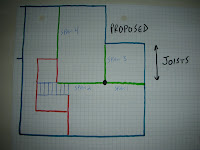 This encompasses a few items from the list; namely: reinsulating the first floor, new drywall, refinishing the first floor floors, new exterior house doors, moving the kitchen into the old dining room, and turning the old kitchen into a mudroom.  Plus some things that weren't on the list -- knocking out walls, building new walls, installing new beams, finding appliances, leveling the floor, fixing the rot on the sill, new support posts in the basement, rewiring, painting....

So far (amazingly enough), all of those items have been accomplished except for the kitchen to mudroom swap (and that is nigh on underway).  Here are some pictures of the transformation. 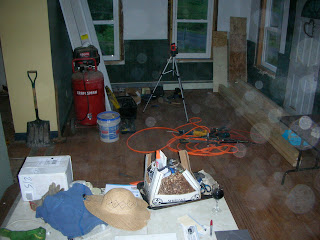 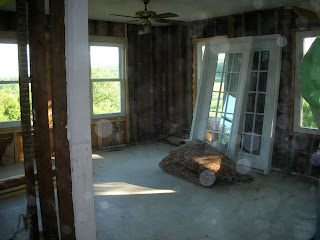 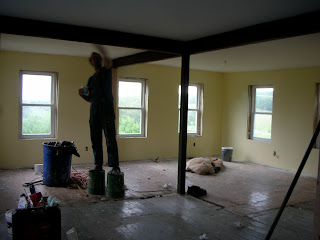 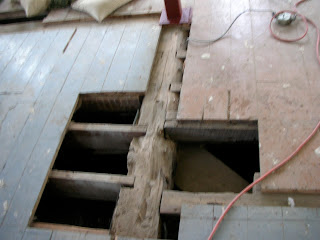 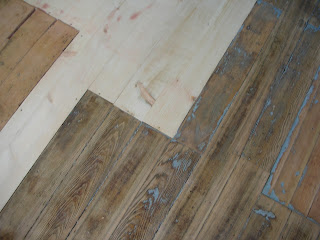 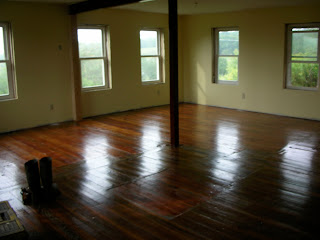 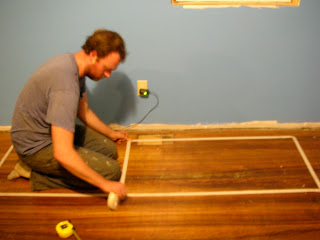 Taping out potential counters in the new kitchen 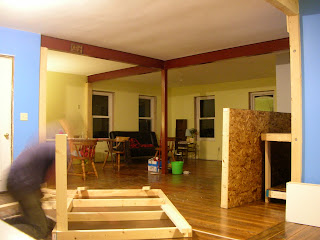 Building the "temp" kitchen (we decided to work with moveable/cheap counters for the first few months.  Turns out, designing a kitchen is Complicated.  How much counter top does it take to break down a whole pig?  Do we ever NEED to break down a whole pig in the kitchen?  But wouldn't it be cool if we could? How much room do we need to not bicker while making dinner? Or is bickering while making dinner an inherent part of our relationship?  Discuss.*) 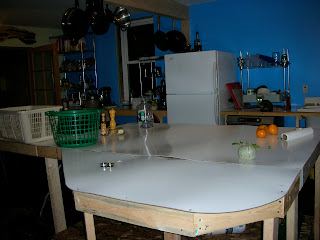 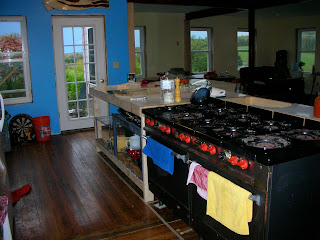 Oh, that little thing??  Just my ten burner two oven stove.  No big.
*  Seriously.  Everyone who has visited and cooked in the kitchen, or merely navigated themselves around it, or even just eyed these pictures or had a kitchen redesign themselves and have some wisdom to impart, is encouraged, nay, IMPLORED, to speak up.  A lot of y'all are very gifted with aesthetic observations.