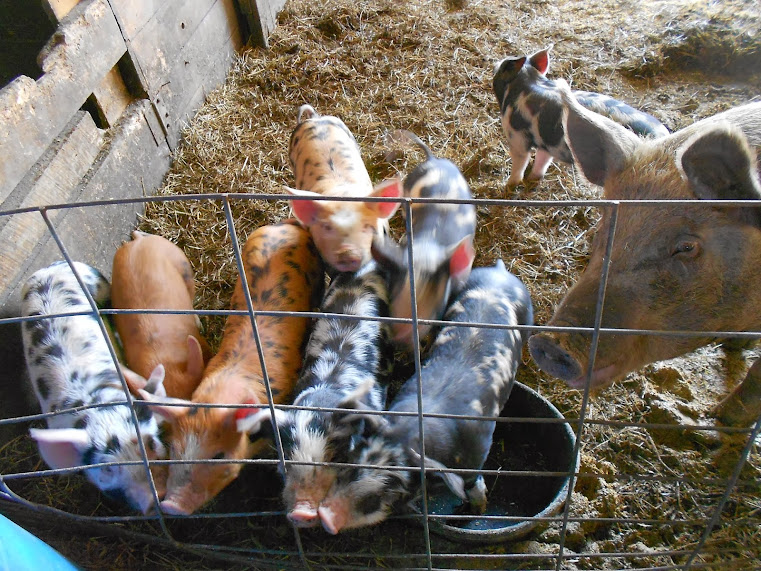 One pig piles the hay

I’ve talked a bit before about the upcoming onslaught of piglets, brought on by a blip in our summer breeding schedule, which has mashed five months of piglet births into 1.5 months of piglet insanity.

As of October 18th, that time is upon us.

There are two types of Very Pregnant Sows. Those who look only moderately pregnant, until suddenly they fill up like a dairy cow, their belly drops to their knees, and they begin maniacally piling whatever they can get their mouth on into a nest. 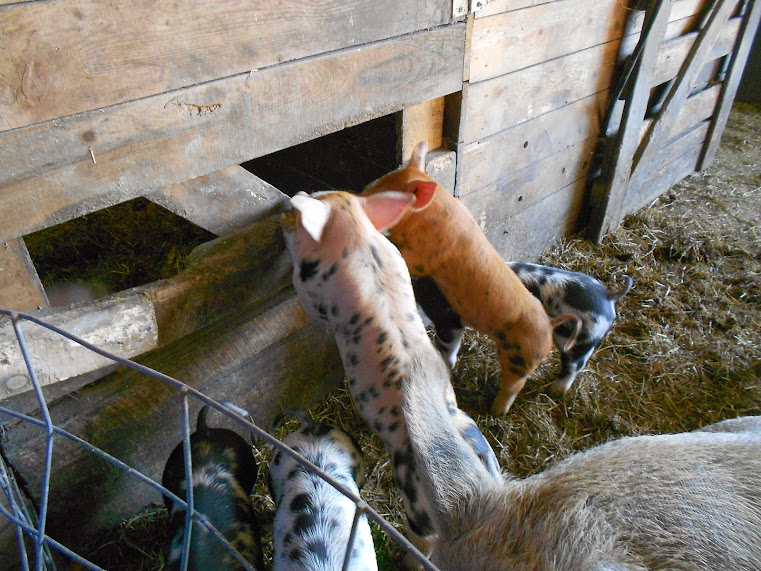 Missy stalks back and forth

building a nest outside

Little Missy, the matriarch of the Harbinger Spots, was one such. She was not looking close, until I almost drove off the road staring at her nesting in the pasture one day. We moved her inside, and bam. Piglets by morning.

Hamspot was of the other variety – those that linger, riding full and low and grouchy, for weeks. I had her on Watch for almost two weeks before I noticed her piling hay taller than usual. Four hours later she had seven piglets on the ground and was still going strong. There was, of course, a rumple, as there sometimes is in this sort of process. When I first peeked in I noticed with annoyance that she had positioned her hindparts right against a wall. It’s hard enough for those tinies who have never used, nor really thought of, legs, to walk at first; it’s harder still if they are born pushed between a giant and a wall.

I climbed in and tried to assess how jammed against the wall she was. As I was poking and prodding, trying to get her to move, she shifted a little and I could see that she was swollen – very, very swollen – in a place where one would likely prefer not like to be swollen when in the middle of delivering piglets. 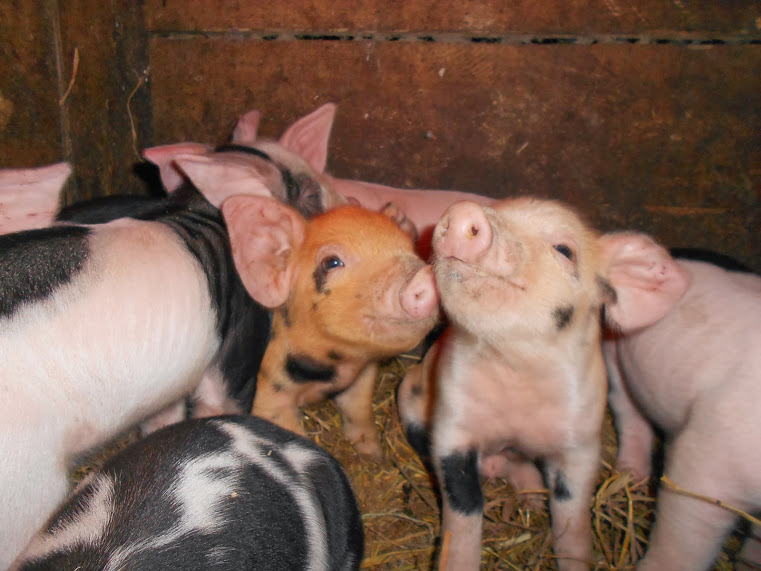 New life comes out of darkness

This made me nervous, as she was clearly still in the middle of delivery, and I wasn’t sure if the swelling would make it hard for piglets to get out. Some cautious feeling about did in fact reveal a piglet stuck just inside. I pulled it and got it settled away from the wall near her teats, where the other seven were already feeding.

With that blockage gone, she was able to move the rest along, and ended up delivering THIRTEEN piglets, a huge huge number for a first time sow. She did end up losing one (not coincidentally, the one I had to pull) in the first days, but her remaining twelve are thriving and now over a week old. First time sows have a hard time producing enough milk for many more than eight piglets, but, so far, Hamspot is a real milk champion. She gets to eat as much grain as she wants for the duration, and we’re on the lookout for signs that the littles aren’t getting enough food. 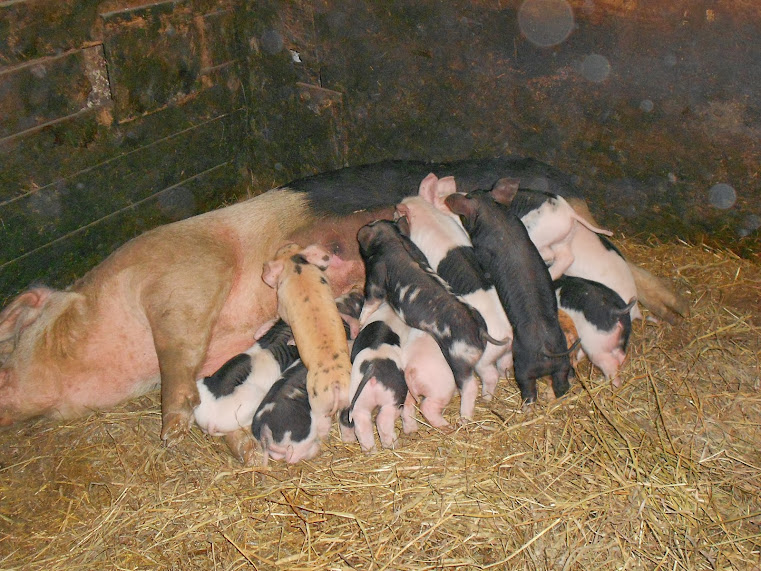 The milk bar is FULL.

That’s twenty piglets in the duplex section of the barn. Now we are waiting on Delilah, and Spotbelly, and Chillybear; the next in line.