November is a Completely Legitimate Excuse

You may notice that I did not write a single blog post in November. There is a very good reason for this. 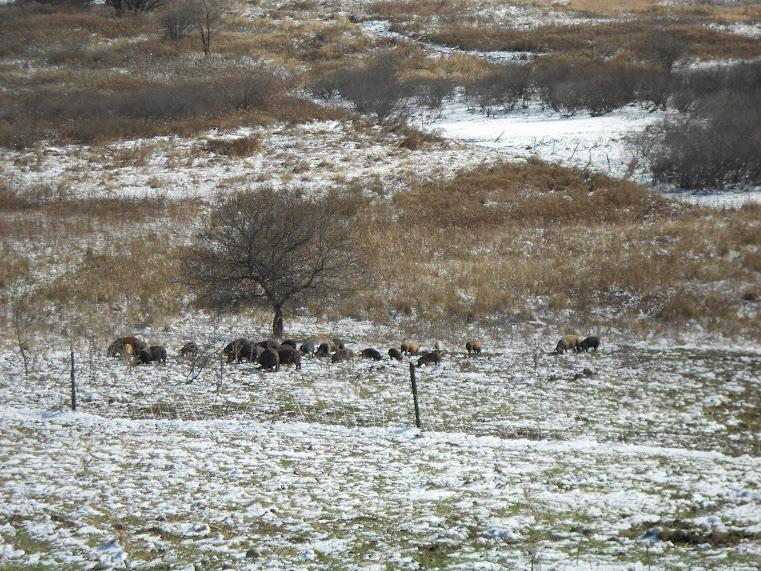 Pigs, still on pasture and hunting for apples in the SNOW.

First, we have been going full tilt since May. Mind, body, and spirit are tired. Second, the weather. It gets cold. The animals are not used to it, and are grumpy. Farmers are not used to it, and cannot find their winter work gloves, and are grumpy. This is the time of the year when any animal who was not in peak condition starts looking sick. For us that's generally 3-5% -- not much, but having seven bedraggled pigs among the herd is demoralizing. Despite the cold, it still gets warm enough every couple days to keep the ground coated in a thick, slick layer of mud. The freezing and thawing means that the water lines start to go down. Hoses split and connections break. Leaks spring up everywhere. 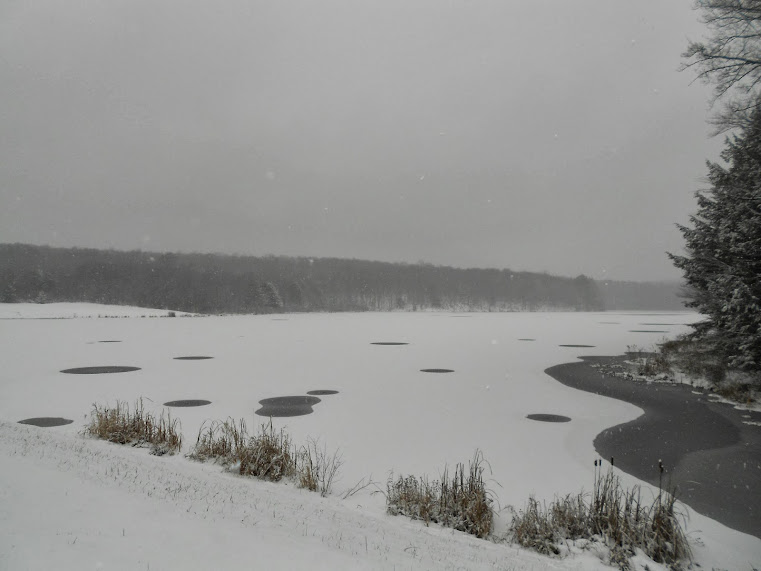 Last year we did not get vistas like this until the last week in December. This was on November 20th. The lake was fully frozen over a couple days later.

On top of this, all of which was to be expected and suffered through proudly, things inexplicably began breaking. The front axle of the farm truck. The tailgate of the farm truck. The tractor forks split and needed welded. The barn well stopped working and had to be dug up and almost entirely replaced (in the interim, we had to stretch a series of increasingly failing hoses from the basement of the house, across the road, and into the barn, three times a day). The tractor hydraulics broke. Some wiring in the barn started sparking. The internet connection went down for four days. The main breaker of the house began tripping every time we turned on the dishwasher. We got the tractor stuck in the mud four times, and the truck stuck twice. We are not yet sure which god we angered. 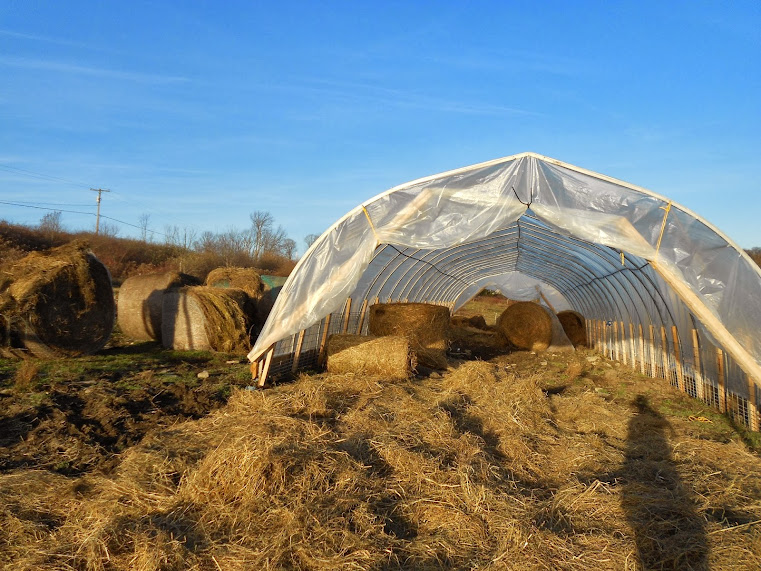 Pushing to get the greenhouse digs ready for its winter ovine/bovine/porcine occupants.

Thankfully, by the time we limped into December, we had somehow managed to pull things together. The grower herd was moved inside the day before a long, cold, series of ice storms. The breeder herd and the sheep were moved into their winter housing the day before 4 inches of snow fell. The tractor was unstuck and moved onto pavement. The well was capped and no underground lines froze. Thank [whichever] god [we had previously angered]. 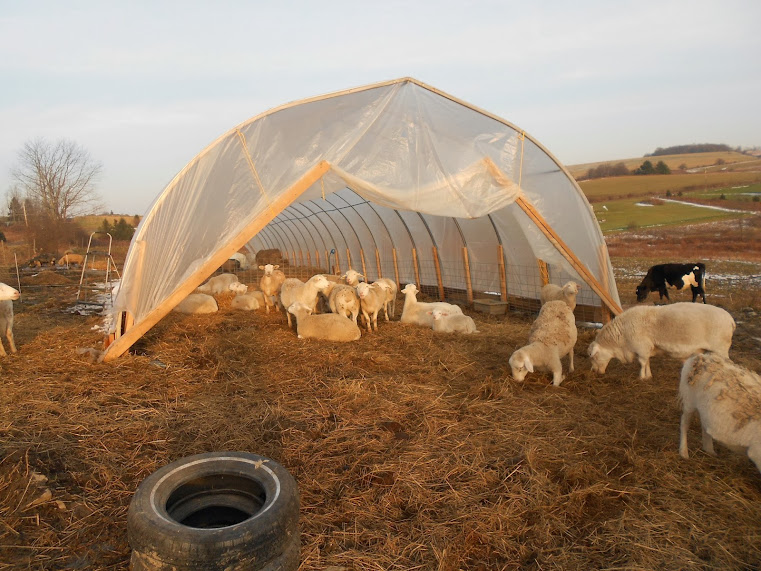 We’re not quite ready for the Great Hunkering Down of 2013. Temp fencing must be collected and stored, pens in the pasture disassembled and stacked, more hay brought in. But we’re at least out of the madness of Disaster Control. Now, when I wake up to a newly white valley or whipping wind, I can sigh and roll over, confident that the animals are happy doing likewise, and we can all wait a little longer to see if the sun will come out. 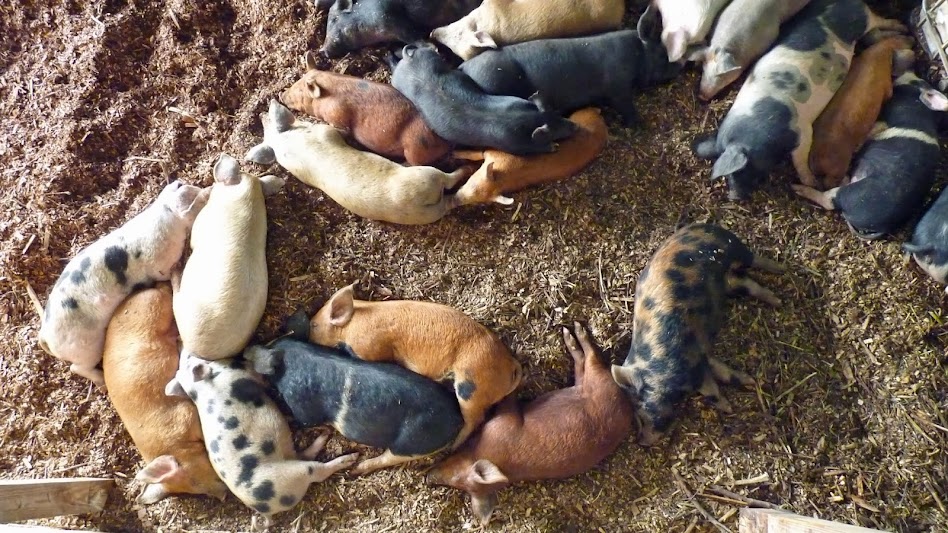 View from the hayloft of some happy, snoozing piggos.