How to Deal with a Despot

Pigs are very social creatures. They are also very hierarchical. Herd order for pigs is just as important as pack order is for dogs. It's important for humans, too, but we don't like to think of ourselves as animals all that frequently, which creates all sorts of problems (but that is another story). 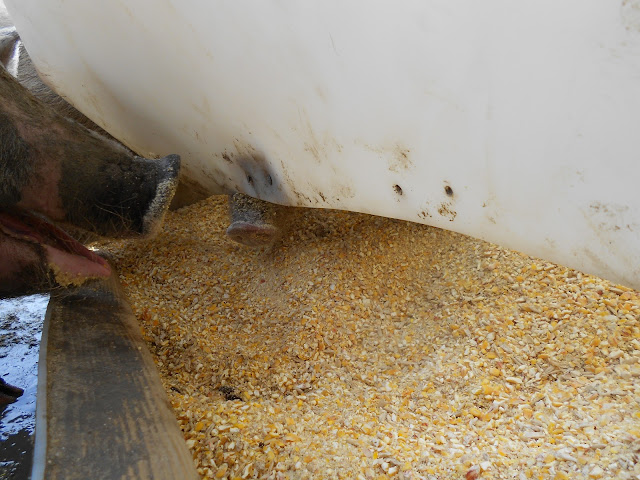 This little social pig (the little nose on the right) decided to spend some time in the feeder.

On Clawhammer, the grand suidaen hierarchy is easiest to observe among the breeding herd, although it exists in the larger grower herd as well. How to observe the hierarchy is easy; one does not need to be a scientist. A farmer will do. The investigating farmer simply makes x+1 piles of food on the ground a couple feet apart from each other, where x equals the number of pigs in the group. For some reason, a pig cannot just eat from one pile if there is more than one pile on the ground (and there must be more than one pile or no one plays nicely; this is just the way of things); they must shuffle around maniacally from pile to pile. Lower order pigs will not try to eat from the pile that a higher order pig is eating from. Higher order pigs will eat from lower pigs' piles with impunity, and the lower pig will scuttle off to an empty pile or to take over an even lower pig's pile. The alpha pig will browse from all the piles, scattering other eaters as she moves without so much as a glance or a squeal of protest. Once the order is established, the food ballet is seamless; there is not a single scuffle as long as everyone remembers their place in the order, and they are very good at remembering the order. 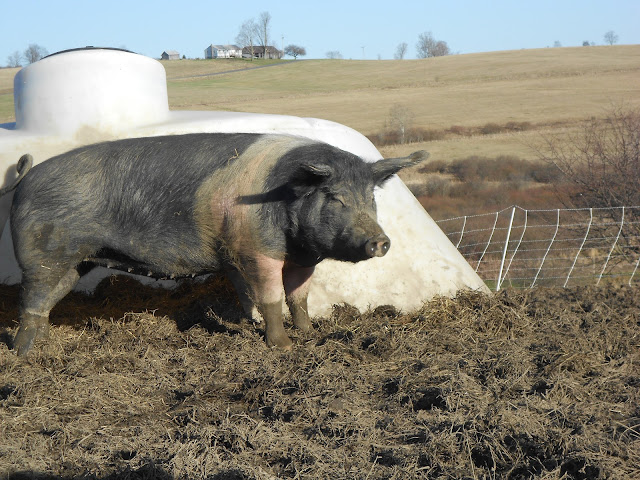 Despite being so pretty, Delilah is the second from the bottom in the hierarchy.

The breeders have an extra rumple in their hierarchy in that sows are constantly leaving and reentering the herd as they are split off to give birth and nurse piglets, and then returned 6-8 weeks later. Because of this, investigating farmers get an opportunity to observe the different ruling styles, from benevolent aristocracy to bloody despots. 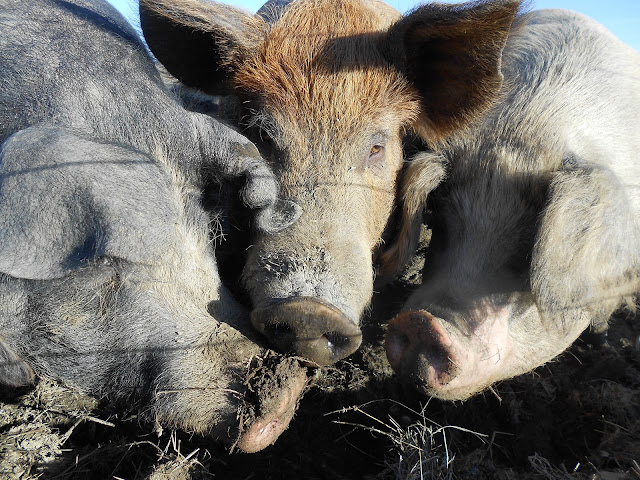 Queen Red flanked by her handmaidens Striper and Victoria.

Right now the herd is in a period of peace with Little Red as Queen. After the first day of integration, when she was moved in and snapped at a few shoulders to claim her rightful throne, there have been no scuffles. Victoria, a bigger pig than Little Red, has no interest in challenging her. The younger ones all stay in line and mind the piles. They are harmonious, even on rainy days when all seven of them must crowd into the pigloos together, and even on the exciting New Round Bale Day, where a bossier ruler might claim rights to the entire bale herself. Little Red simply manages the dismantling of the bale and resettling of the loose hay into the bedding areas. She even helps. 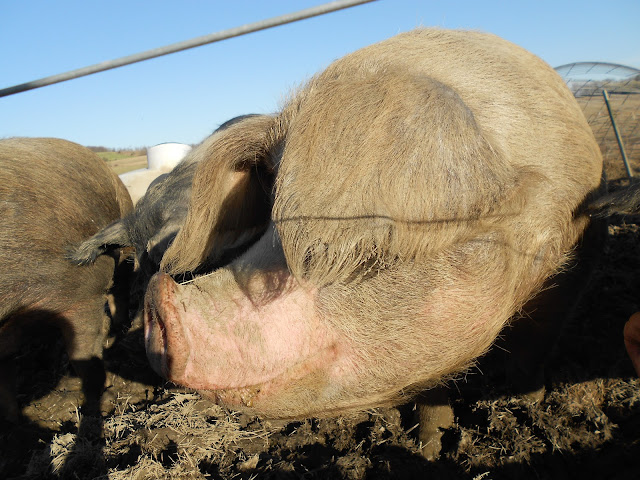 Then there are the bloody despots: theTwins, Spot and Scar. They are currently in the barn raising up some piglets (which is why peace now reigns), but when they are with the breeders they co-rule with an iron fist. They do not let a single opportunity to establish their power pass them by. They get to eat from ALL the piles. They get an entire pigloo for themselves, even if that means Delilah and Striper have to sleep in the rain. And they do not establish that power with a grunt or a a nudge; rather, they use the full force of their necks to whack offenders in the belly and nip at shoulders and flanks.

Despots with their littles.

Even the rule of despots can be put up with in the short term, but there always comes a time when they go Too Far. The Twin's Too Far happened a couple months ago. They are on the same breeding schedule as Chilly Bear, so a week before their due dates we pulled all three into a pen in the barn. They were in there for a few days while we got singleton stalls ready. At some point, the two of them ganged up on Chilly and beat her up very badly. She had contusions all down her right side, and a terrible wound at the base of her tail that soon got infected. A lot of the damage was to her belly area -- and she ended up having a lot of stillborn piglets a week later as a result. She was also feverish and out of it for a couple weeks (and extremely protective of her 'lets and nest, such that treating her was not even an option), so she lost even more piglets in the first week. 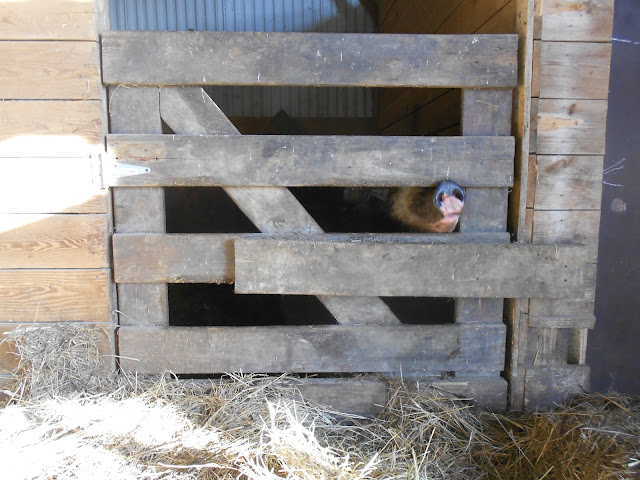 It was the last and largest of several straws. The bloody despots must be broken up; one kept on the farm, the other sent for sausage. It has been a capital-D Decision; they are the last two of the First Pigs that we ever bought. But the investigating farmers have decided that the peace and wellbeing of the breeders certainly ranks above a farmer's nostalgia.