It has been an entirely perfect spring. 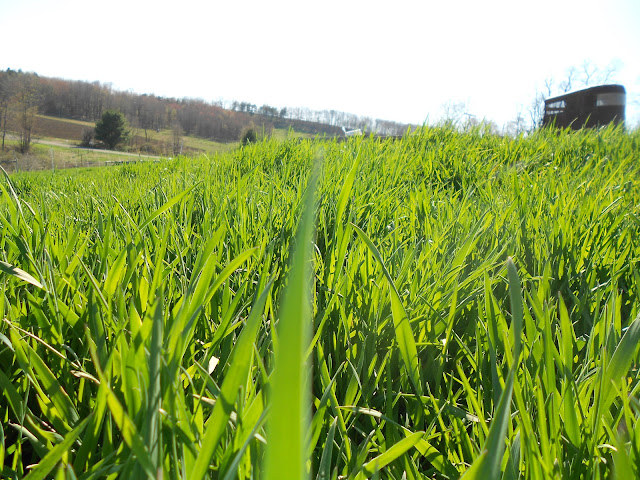 The grass has arraived. 8 inches tall at least in this spot.

There has been enough rain to swell rivers and lakes, but not (aside from the inevitably unavoidable two week period in March) enough to turn the farm into a morass. The temperatures have been slowly and steadily increasing, with no blossom-killing jumps below freezing. Daffodils are in full bloom. Lilacs and peach trees are heavy with buds. Radishes, peas, and spinach are popping up in the garden.

And still, the animals are inside. And they are starting to get resentful. 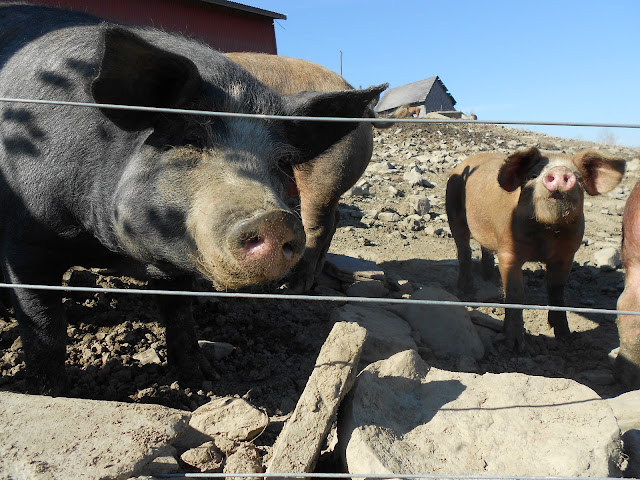 The grower pigs can smell the green from just beyond their winter yard.

It's not that we are evil farmers. Much like the parent who has to deny their child their eightieth candy of the evening, or the dog owner who refuses to allow their puppy to lick up the spill of bleach (me, recently), we have to take the long view.

Until the last spate of rains, pleasantly interspersed with ever-warmer sunshine, the pasture was still mostly brown. What green there was was short and new.

Sheep could go out without ruining the land, but even then, the nutrition they would get from two inches of grass hardly justifies the two weeks less of barn time. 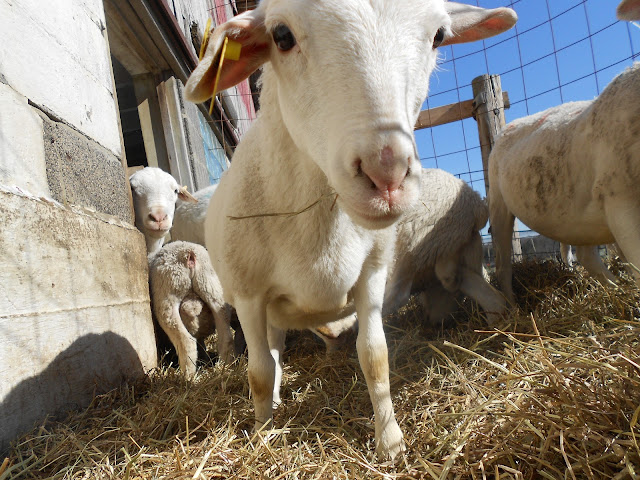 I can haz grass?

Pigs, however...pigs are a disaster on an unread pasture. They do not delicately nibble, they nibble (undelicately), and root, and flip over large chunks of sod so they can nibble (equally undelicately) at the roots and grubs and mud beneath. They hollow out and compact areas around their waterers to make wallows. They sometimes dig deep holes because of a tasty vein of rocks or an especially beguiling cool mud patch. 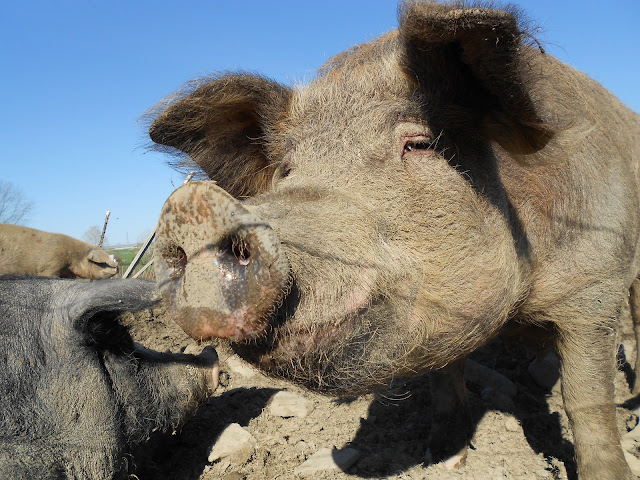 Spotbelly the Sow gives a knowing look. She knows pasture is coming.

They are not, this is to say, naturally easy on the land.

We are planning this year's pasture rotation with that in mind. Their first spot this year will be on the slope, so that the growth has the rest of the summer to come back. You want strong roots on a hillside to prevent erosion during the winter and early spring rains.

The sheep are a bit easier. We're sending them out where the grass is thickest and longest -- not coincidentally it's the spot where we ran the meat chickens through last year. The grass there is insane -- greener, thicker, and longer by far than anywhere else on the property (unless you count some of the weedier areas of the garden...). 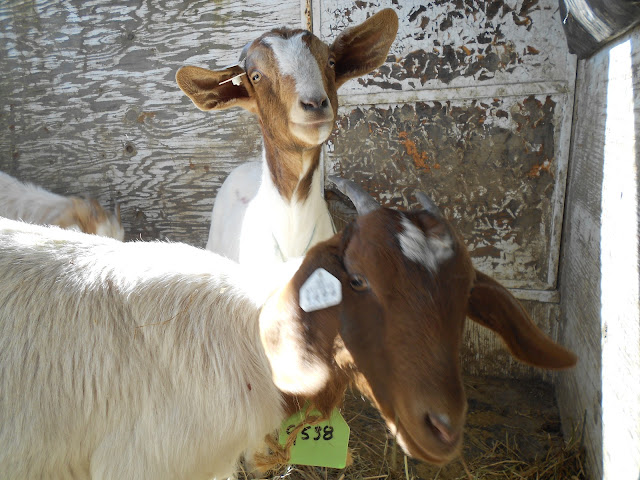 New goats! In quarantine (just in case) and making goofy faces in the livestock trailer.

And, it's not only sheep now. We picked up some young female meat goats at the big spring auction. We're hoping that they play well with the fencing and can be a permanent addition to the farm.

Farmers are ready for the pasture, too. It is still work, but working in the sunshine in a t-shirt is so very different than working in the chill of the barn in a one-piece. It is time to squint in the afternoon and wonder if we forgot sunscreen and grill outdoors in the evening and put tired bare feet in the lake and laugh at the chickens as they meander through the weeds. 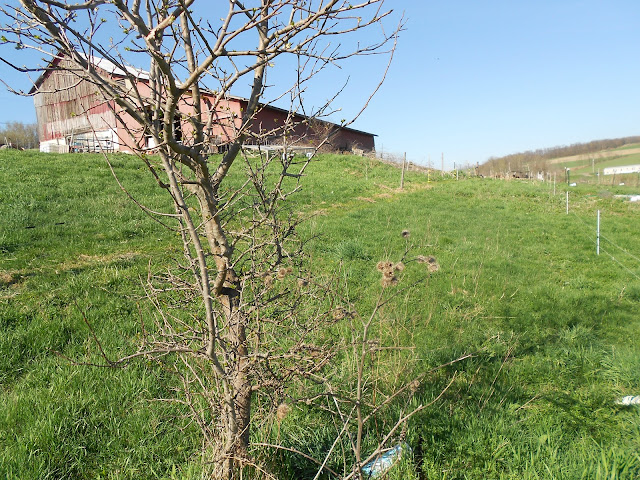 The long walkway from the pigs' current yard to their new pasture spot.