Pigs are Velociraptors; Sheep are Sheep

We put the pigs out on pasture last Tuesday, the day we got back from a long weekend vacation (farmers need vacations too! That way we can worry about the animals from far, far away, instead of worrying about them from the farmhouse just across the street).

When we first opened up their gate to the pasture, they spent the first 5 hours just staring suspiciously.

The pasture is set up like Jurassic Park (although we do lack the benefit of being an island). There is a main perimeter fence that runs all the way around the pasture land. We set up smaller temporary pens out of either polywire fencing or polynet fencing. We rotate the pigs through the temp pens so we can manage how long they are on each section of pasture; it keeps the land healthier and the pigs busy.

The advance guard heads out to explore.

As of last week the plan had been to fix up each line of perimeter fence as we moved the pigs along. This would mean that the whole perimeter fence would not be up and running until mid-June, which would have been fine if the pigs stayed in their temporary-fenced pens.

Unfortunately, a mere 27 hours after putting them out, I happened to look out a bedroom window and see a group of seven or so way across the valley, heading with great purpose toward the unfinished perimeter fence separating our property from a neighbor's. Upon promptly freaking out and sending farmer Nick in a car to intercept them, I went down to discover and round up yet another group of seven who had breached the temp fence and were hanging out in the gully on their way to neighbor Nola's delicious lawn. 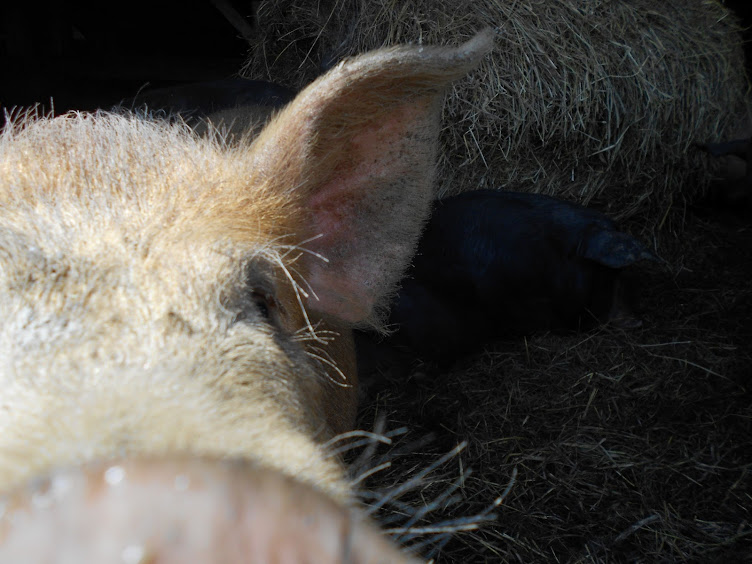 Back in deep bedding for a week. Still curious about cameras, though.

Apparently they had tested the temp fence and found that its electric jolt was not strong enough to deter them from slipping through.

And so the two groups of wayward pigs were rounded up by extremely grumpy farmers, and herded back into winter housing to languish until we finished the perimeter fence, a more sturdy ordeal that packs a bigger punch than the temp lines. That has been at the top of our to do list for the last few days, and we are making great progress. 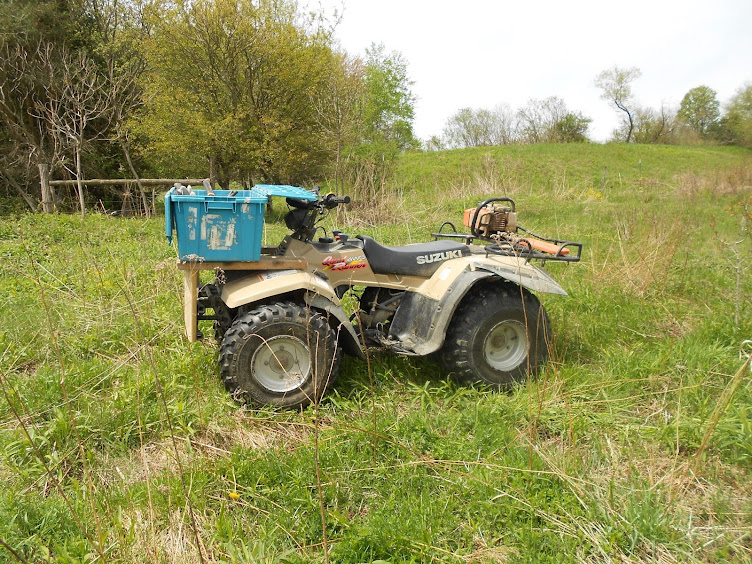 Fence-fixing kit! Everything is more fun on an ATV. I will stand by that.

Some lines were snapped and needed repaired. Some brush had overgrown and needed cleared. The entire line needed mowed. More posts were needed where the lines sagged or where the ground was uneven. Power switches needed installed so we can turn on and off sections of the fencing. And one entire section needed to be built. 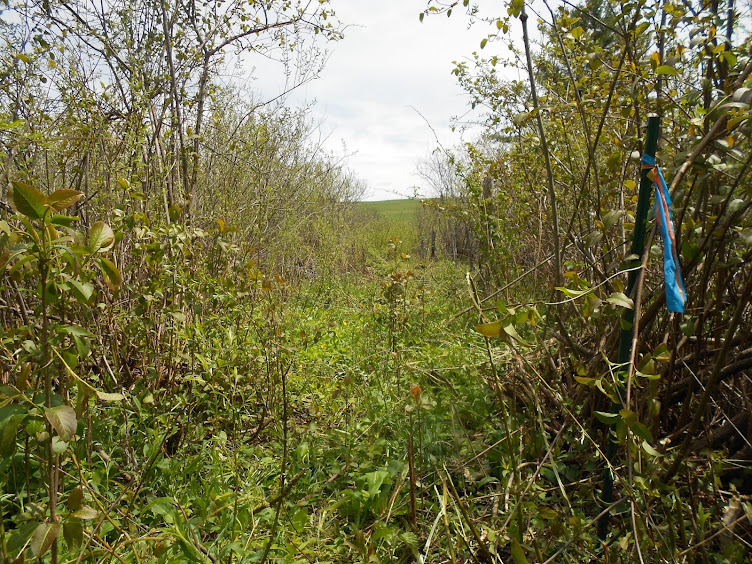 The site of the back line -- cleared with chainsaw, blood, sweat.

As of today, all that has been done. The only thing that remains is patching up little holes where the ground dips down, like it does in a riverbed in one spot, and in a gully in another. Hopefully the velociraptor pigs will not find them. 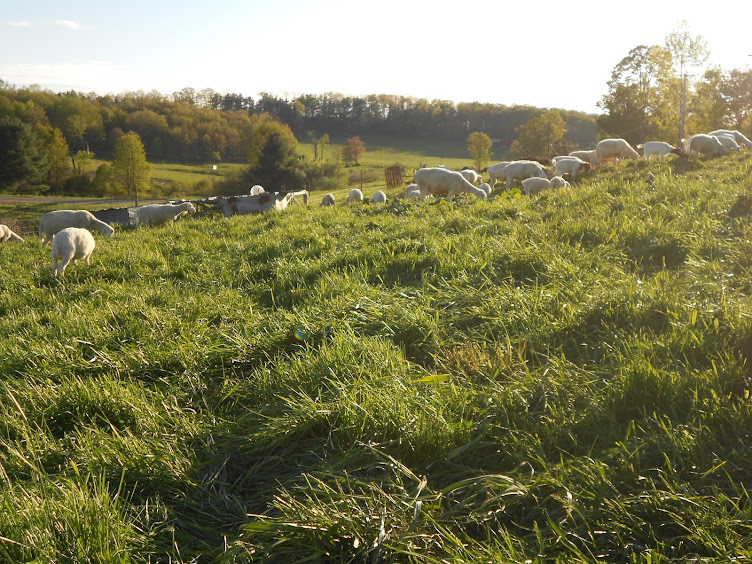 The sheep and goats and Beulah the cow, by the way, have been placidly munching the best pasture we have (where the meat chickens were last season) for a week now. Beulah and about 5% of the sheep got shocked exactly one time each during the first hour they were out; since then no one has even come close to a fence. We could likely fence them in with unplugged wire or even just string. The velociraptors would be onto that trick in half a minute. 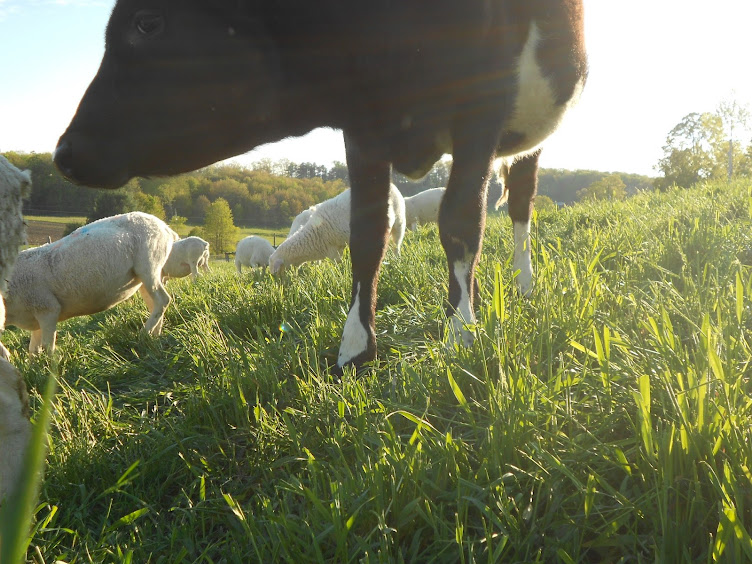