The Death of the Summer King

It is quite time to declare that this year, Winter is formidable.  The unheard of periods of subzero freezing and regular blusters of snow and ice were only harbingers of the true sign: the death of the Summer King.

For two years, we have had two roosters: Bernard, Third of his Name, The King of Summer, and Fozzy, First of his Name, The King of Winter. Bernard, like his father and grandfather before him, had a beautiful golden mane. He was tall, and had emerald tail feathers that trailed behind him like a kingly cape. Fozzy is white and emerald, smaller than Bernard, with shorter tail feathers. He is given to fits of asthma and allergies – a few times a year his crows devolve into hoarse little whispers.  He also murmurs to himself often: “wokka wokka,” he’ll grumble, as he runs away from the tractor. The hens always seemed to prefer Bernard. 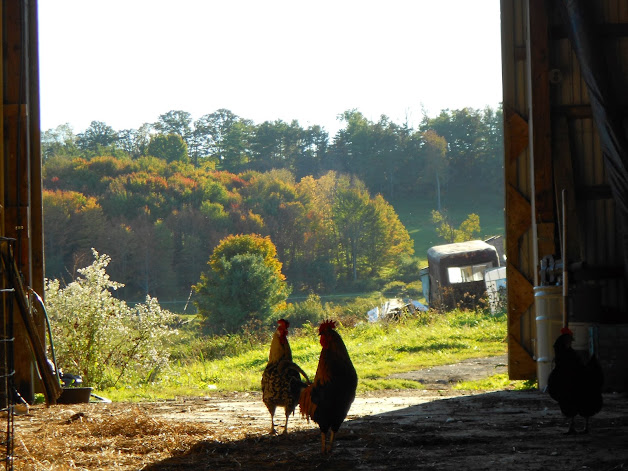 Bernard III and Fozzy I in autumn

And yet, when the Speckled Hen hatched this year’s brood in early autumn, the chicks were equally split, it seemed, between those of golden head and those of white head. But -- as the days shortened and winter approached, all the goldens disappeared. Fozzy was ascendant.

One suspects that, with the power of the impending deep freeze coursing through his veins, Fozzy was clouded by ambition and power. Having secured succession of the Winter Line, he began to make his move. 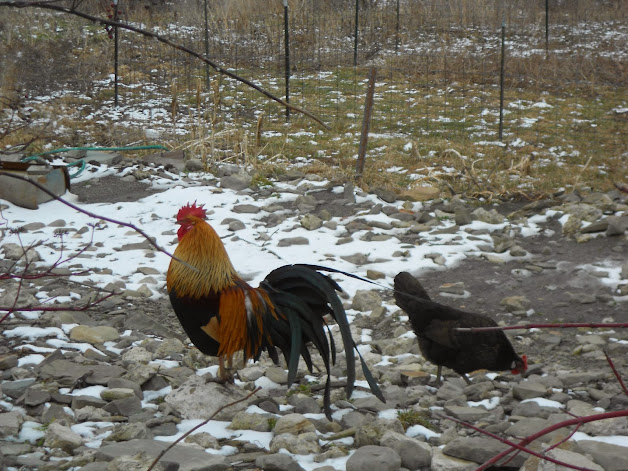 One morning, Bernard was sick. There were no signs of physical injury, but he was off balance and had developed a hunchback. It seemed likely that he had been poisoned – I mused that one of the black hens, having cast her lot with Fozzy, slipped something into Bernard’s royal breakfast.

Bernard began to eschew the barn. He stood, hunched, outside, increasingly ragged and despondent, like an unraveling King Lear. On very cold nights I would scoop him up and place him on the hay bales. On other nights I let him stand among the starlight.

Then, two days ago, Fozzy decided to end it. I came into the barn to find him on top of Bernard, attempting to blind him. I chased him off and took Bernard up to the greenhouse in the garden, and got him set up with food and water.

But it was too late.  Bernard was already gone. 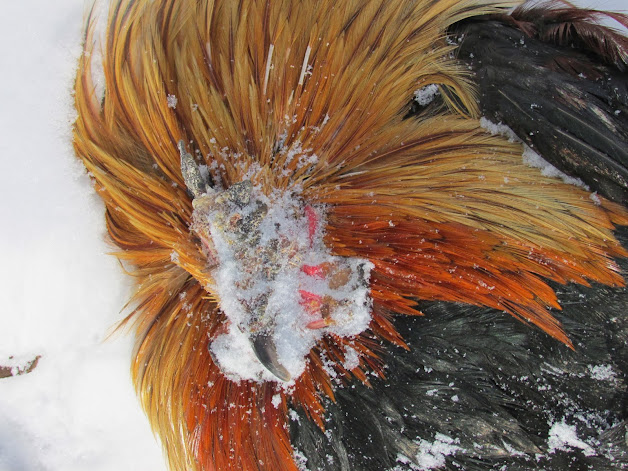 The King is dead. Long live the King.

When I go into the barn now, I look around warily for Fozzy. He casually picks about, but I know he is watching me. I hope that Bernard, like a good wronged Shakespearean king, will return to haunt the barn.