We have our own version of March Madness at the farm -- the spring piglet rush. Because we hold off on farrowing (birthing) during the harshest months of winter, we have to compensate with a clump in early spring. This year, I had scheduled 6 pigs to give birth in March. But, of course, nature does not align itself with my spreadsheets (almost always preferring to mock them), and we had eight pigs that ended up due. 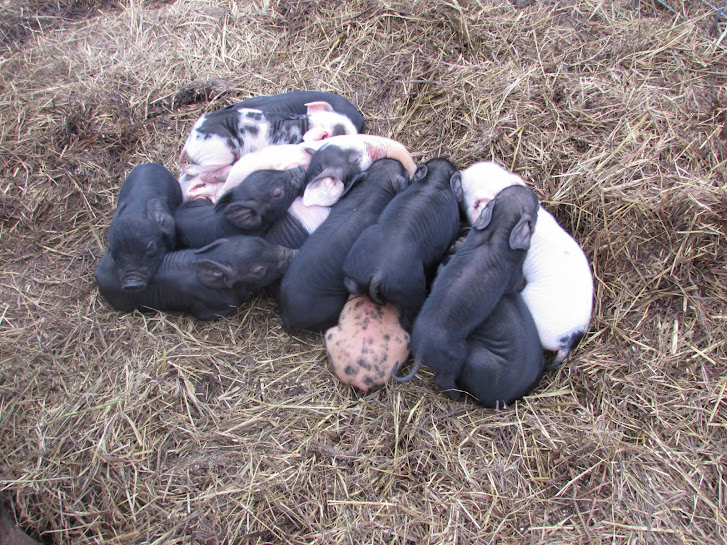 A napswarm of day-old piglets.

March, despite having average temperatures that are more than amenable to birthing, is notoriously fickle, and this year...this year of deep dark winter's rule...has proved no exception.

On Monday, it was 50 degrees. Now, on Wednesday night, it is 4 degrees on the hill, accompanied by whipping snow and 40 mile gusts that seemingly bluster at will from all directions. In between Monday and now, the ground thawed, rivulets of water began running down the hillside of the farm, and four pigs gave birth -- adding to the two that had already popped in the first week of March. 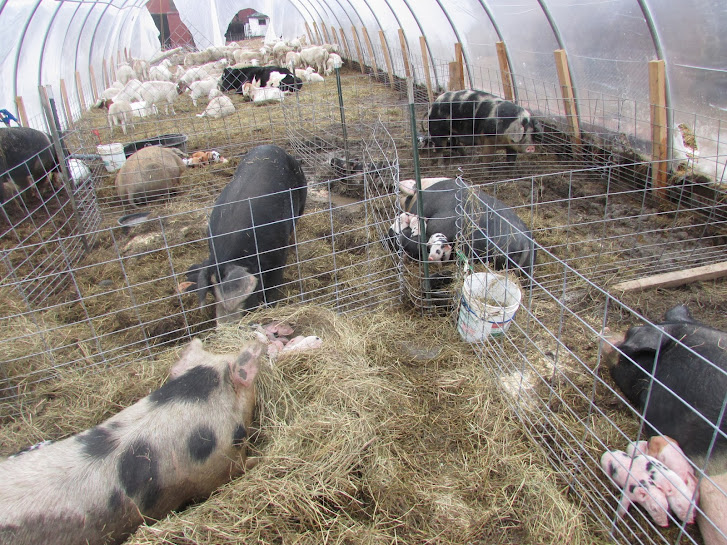 The mama pens. Note the muddy pools that the sows made when it was warm...this evening they became a death trap for cold, stumbly piglets. I combined pens to give the piglets more warm bodies to find, and moved 1,000 pounds (yes) of hay in to keep them dry.

The combination of wet and cold that this has produced is tantamount to a death warrant to very young piglets -- especially those, like ours, born outside of a barn and without the aid of heatlamps or heating pads. In March, they are usually not needed.

But now, we have six full litters -- about 60 piglets -- whose survival rate over the next two days has been severely compromised. The high tomorrow is 9. The low is under 0. 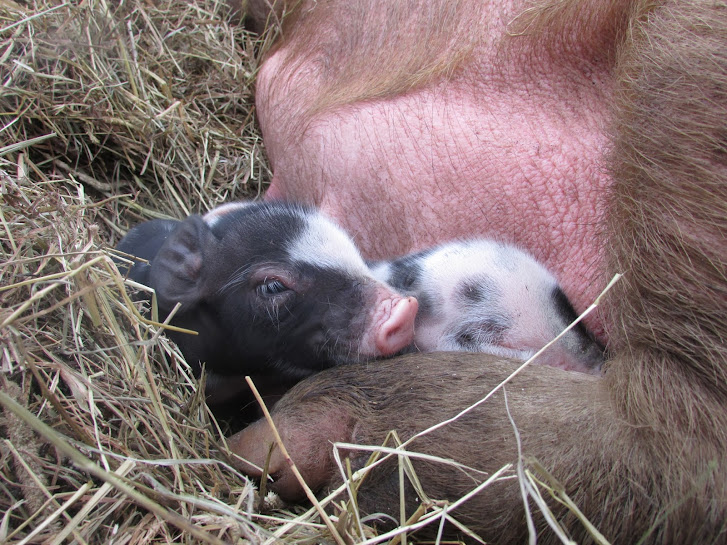 Two of Jumbo's twelve tinies. Hers are the youngest (not counting those being delivered right now at 10:13 PM) facing down the bad weather.

On one level, this is what farming entails more than anything else: you plan, you schedule, you work your butt off to get things set up, and most of the time it works brilliantly. And then, some small but devastating percent of the time, an ill-timed cluster of births and an unseasonable howling, malevolent, bitter weather event combine to remind you that all of your plans are balanced on the tip of a needle; that for all the hours spent planning and building and scheming, a simple wobble of the universe illuminates how quickly it can fall apart. Life is more fluid and more unpredictable than most anyone wants to admit. [Metaphorical] candles are burning, and [literal] glasses are raised for the strength of the mamas and piglets facing down the storm tonight. So say we all. 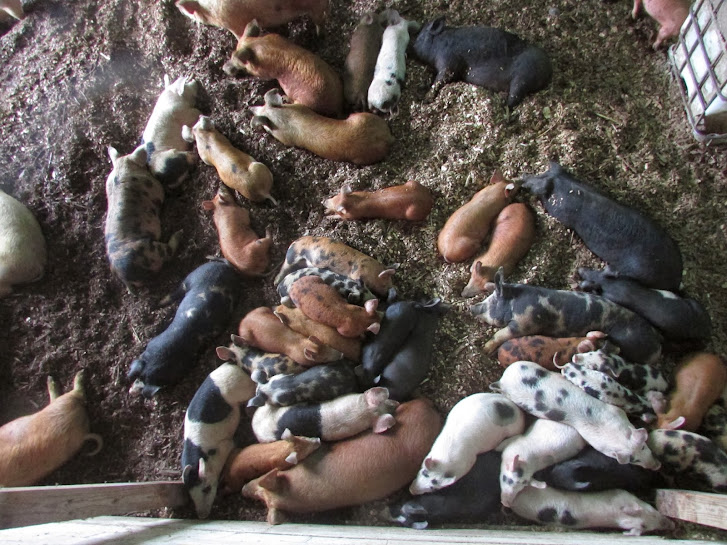 Growers of all sizes, still cozy on their woodchips in the barn. Weather like this is only harmful for the most vulnerable -- fresh piglets and new lambs (luckily, none of those born this week!!)