Where are the Piglets?

Unlike the appearing fall lambs, which must drop with fleece-dampened thuds from some celestial apple tree, or else sprout from the soil overnight like gauzy chantrelles (I have not caught a ewe giving birth yet, so the origins of lambs are still mysterious to me), we have been having some problems with our late summer pigletting. 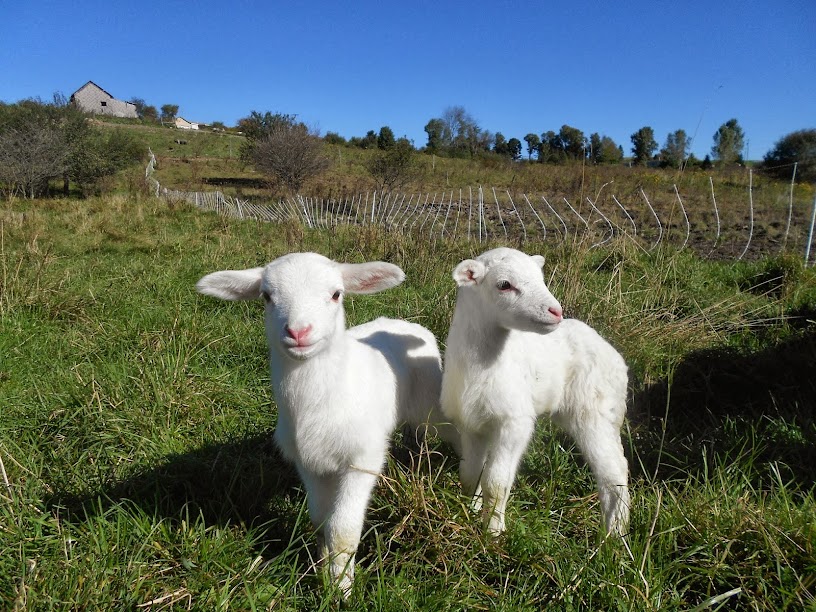 I had devised a schedule that grouped the breeding females into teams of three or four. Ideally, each group would have sows and gilts (a female pig who has never given birth) of varying ages. Younger and older pigs do not produce as much milk as those in their prime birthing years, so it is nice to have strong producers lactating at the same time as those who might need some help if they manage to birth a large litter. 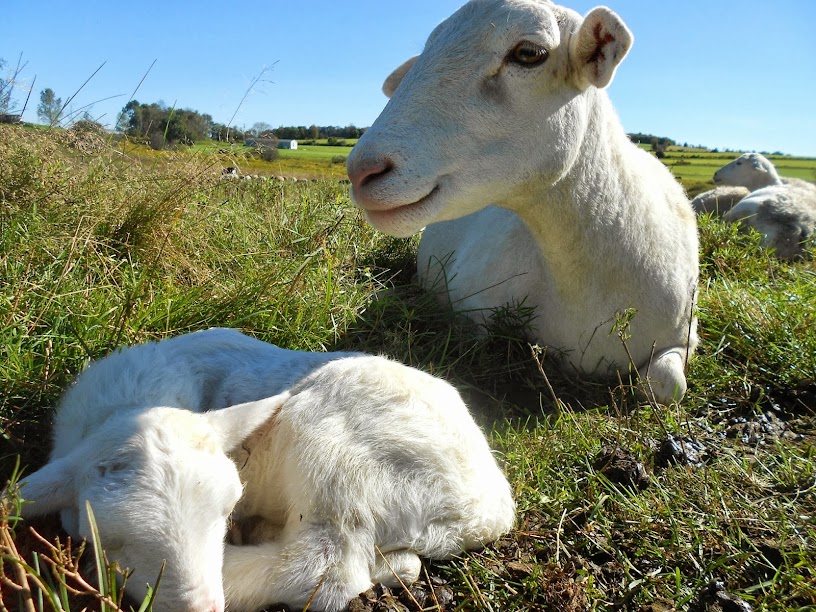 Little Red, for example, is one of our best sows. She has consistently high numbers of piglets born (9, 14, 14, 13, 12). However, she has a hard time producing enough milk for all of them. If we can manage to time her farrowing with a middle-age sow, then they can share nursing duties: her piglets have a better chance of survival, and she stays in better condition. This last farrowing, she had 12 piglets and was really struggling with them (her hair was starting to fall out in clumps and she looked so torn up about it), until Striper's litter was old enough to share moms and we put them in together. Within days Red and her hungry piglets looked much healthier. Her hair grew back in beautifully.

So, I had it all planned out. Varying ages, spaced equally throughout the year for a year-round supply of slaughter-weight pigs. Such a good, good plan. 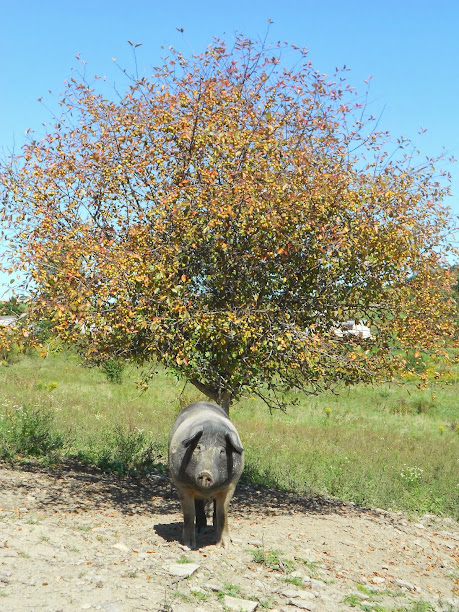 I began to notice it going awry in mid-July, when only one of the pigs (of four) that I had scheduled to birth in early August looked pregnant. The other three were still sveltely oblivious to their scheduled duty.

Patches was the only pregnant one. And her litter was lost entirely in a very sad and messy late term miscarriage on August 7th (11 piglets -- ! .... the last few needing to be manually extracted...in pieces. It ruined morale for a few days). We almost lost Patches to the infection, too...antibiotics are a complete miracle when used appropriately. So: no August piglets. By then I was just happy that Patches survived. 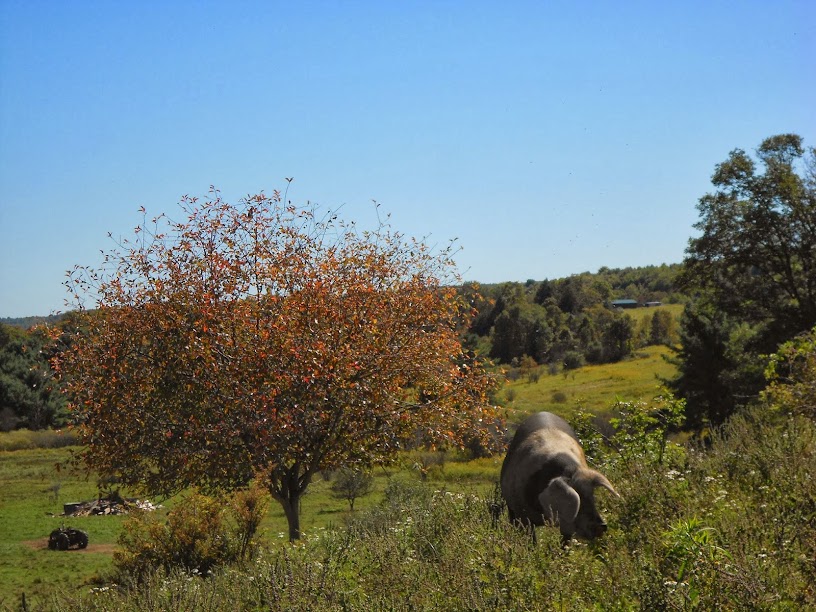 No piglets in August isn't really the end of the world. We were on top of the schedule, so we knew what we should be getting, and we bought in 15 piglets from another small farmer to make up for it. We do it fairly consistently (because, as you may have noticed if you read the blog regularly, things rarely, if actually ever, proceed according to plan).

The real issue is the upcoming Giant Piglet Clump 2013. All the sows who were supposed to give birth in August are now looking pregnant. So are the sows that I had scheduled for October. And then there's an extra batch that I snuck in for an early December piglet to try to expand our herd size. 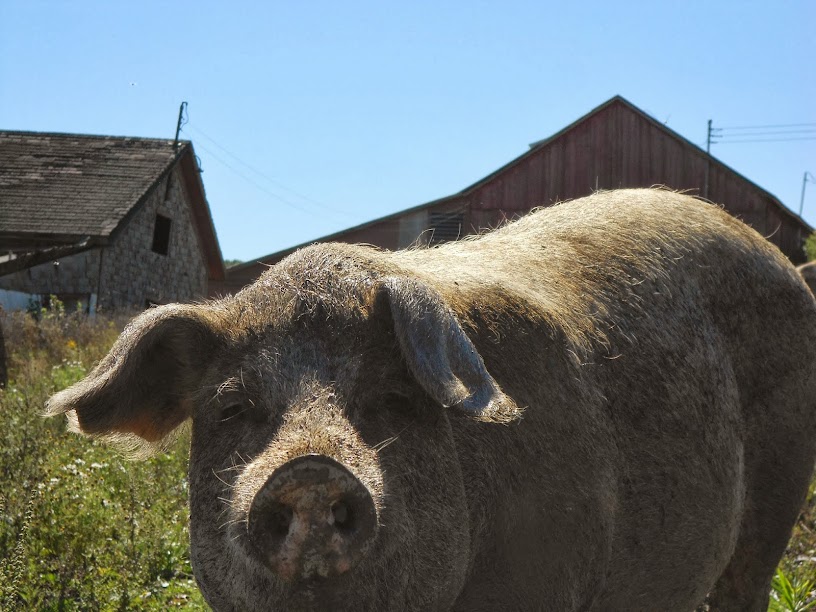 The short of it is that we have been set up to have every one of our breeders -- 15 -- give birth in the next three months. That means, potentially, that we will have 150 piglets running around! We are set up to handle, at max and with some crowding, 6 litters and 60 piglets at a time.

But -- too many is better than too few, and it is nice to see that the new boar, Harvey, has finally figured it out (I walked in on him when we first put him with the breeders trying to mount a sow backwards, which explains why it took him a few months to get some of the less communicative ladies pregnant). Life will find a way, as they say, and we'll be able to find enough nooks and crannies to stash some mamas in the barn....we'll just have a much busier fall birthing season than we had planned! 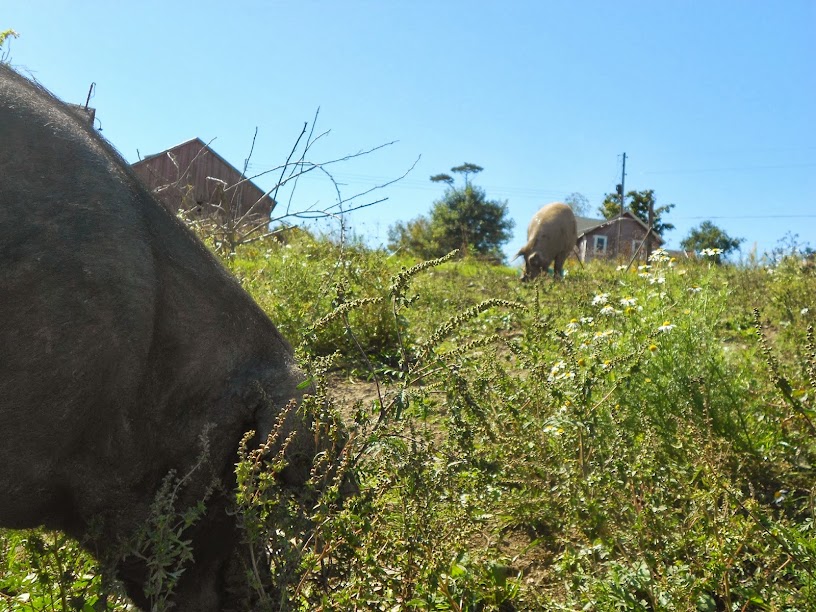